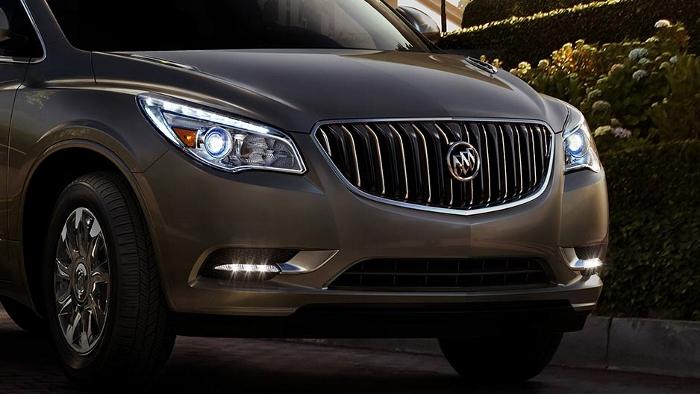 There’s something to say about an auto manufacturer that started in 1903 and still maintains a stronghold in the market. Buick is a brand that did just that. In 1903, the automaker became incorporated and moved from Detroit, MI to Flint. It was a big move for the time, but a short year later, the Buick produced a total of 37 Model B Touring Cars, which were rated at 15 to 21 hp. Eventually, Buick brand surpassed both Ford and Cadillac as the number one vehicle producer at 8,820 units.

In 1923, the automaker built its one-millionth vehicle—just a few months shy of its 20th birthday. The innovation continued and in 1936, the brand debuted—and sold 28,890 models of—the Buick Century: An inline 8-cylinder engine with 120 bhp. And two years later, the Buick Y-Job convertible was brought into the public eye and was deemed as the “World’s First Concept Car.”

Once World War II ended, the Buick brand was back up and running with new models and updated features. In 1949, all Buick vehicle fenders were debuted with portholes like the Roadmaster Convertible, which added a bit of flair and distinction to the entire lineup. In line with auto design trends of the time, the automaker brought the Riviera into the world in 1950. It was a full-size coupe that featured an 8-cylinder engine and 124 mpg. The brand eventually moved into producing a performance line series and started with the 1961 Invicta. It prompted a wave of new options and capabilities that the customers loved.

The Buick brand is extremely successful, and it continues to produce world-class vehicles every year. Just take the 2014 Buick Regal with a 2.0-liter turbocharged 4-cylinder motor that produces 259 hp and gets up to 31 mpg. Plus, traction control and suspension work hand-in-hand to provide a smooth and stable ride each and every time you’re on the road. The brand has even taken steps into the hydrogen-powered auto market, which produces cars that have zero emissions. Just check out the technology in the 2017 Buick Enclave or the 2016 Buick Cascada—we know you’ll be quite impressed which the things you’ll be able to do.

But why should you buy your next Buick vehicle at Keyes Cars? Cumulatively, we have more than 10,000 cars across 14 locations and 11 brands in the Van Nuys, Woodland Hills, Mission Hills and Valencia, CA. Needless to say, we know cars. So when you’re ready to stop by and check out the Buick inventory, stop by at 61133 Topanga Canyon Blvd in Los Angeles. Our sales staff will gladly get you behind the wheel in a test drive so you can experience a specific Buick car for yourself. Our Los Angeles Buick dealership looks forward to working with you!