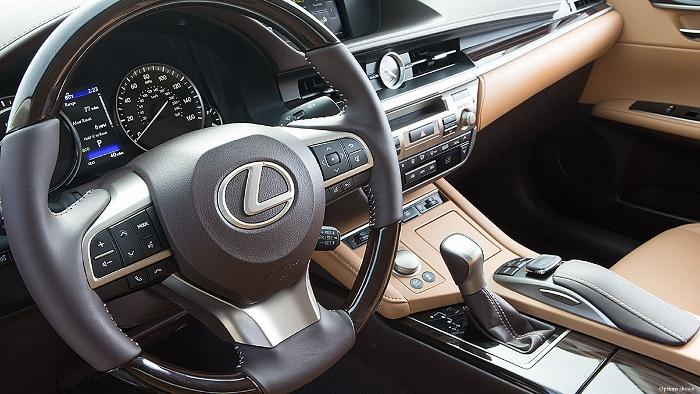 Looking for a brand that stands out with a rich and dynamic history? Look no further than the Lexus vehicles at your local Los Angeles dealership. The Lexus brand is well known for style and innovation, standing for technological improvements and modernized styling. This is a brand that encourages drivers to be completely in charge of their own destiny, embarking on their own adventures whether close to home or not. One trip behind the wheel of a new Lexus vehicle from Keyes Cars will leave you with a whole new understanding for this sophisticated, innovative and luxurious brand.

Did you know that the Lexus brand is the luxury vehicle division of Japanese carmaker Toyota? It’s Japan’s largest-selling make of premium cars. It began as the Toyota brand’s attempt to create a new premium sedan, code-named F1, but the division grew into developing sedans, coupes, convertibles and SUVs. The Lexus LS 400 debuted in 1989. It was one of a kind and was praised for its quietness, ergonomic interior and engine performance. The brand quickly established loyalty. In 2005, the automaker finally became its own brand in its own market after market research was conducted. Throughout the years, the Lexus brand has kept up with consumer demand and technological advancements. Design-wise, the automaker focuses on targeting specific vehicle development standards and focuses on the smallest of details to create incredibly luxurious vehicles. Just know that they were one of the first car marques to install audio systems and use Japanese cultural motifs as design inspiration. It goes without saying that Lexus takes pride in producing state of the art vehicles for sophisticated customers. The tagline “Experience Amazing” isn’t lying.

History of the Models from Lexus

The Lexus brand has produced a number of best-selling vehicles since 1989. It all started with two sedans: the Lexus LS 400 and Lexus ES 250. The brand only expanded to 121 dealers to brand themselves as a luxurious manufacturer. They eventually expanded into sport sedans with the Lexus GS 300 in 1993 and redesigned a few previous models to stay modern. The brand expanded into the luxury crossover segment in 1998 with the Lexus RX 300 and soon after, released the Lexus LX 370 as its first SUV option. By 1999, the brand sold one million vehicles but they didn’t stop there. The Lexus RX 330 was the first Lexus vehicle to be manufactured in the U.S. in 2003 and within two years released two new sport sedans, the Lexus IS 250 and Lexus IS 350, as well as the third-generation models of the Lexus GS 300 and Lexus GS 430. When you want to see what all of the buzz is about, you will see that taking the time for a test drive at your local Van Nuys Lexus dealership will be all that you need to show you the craftsmanship, style and true joy that these vehicles encompass.

Buying a Lexus at Keyes Cars

What are you waiting for? Now that you know the rich history of Lexus, you should visit our dealership to check out these impressive vehicles for yourself. Whether you’re interested in a pre-owned or brand new Lexus, Keyes Cars will gladly show you the Lexus cars we have in stock. We’ll even put you behind the wheel in a test drive so you can truly experience each model in its own unique way. Our dealership is located at 5905 Van Nuys Blvd in Van Nuys, CA. We look forward to working with you!